If you would have asked Tanja and Scott Hodges a year ago if they thought they’d be taking their newly acquired Friesian mare, Hilde fan Seldsum, and rider/trainer, Macy Clark, to US Dressage Finals during the close of the 2022 Dressage show season they would have chuckled at the thought of it even being possible.

However, exactly one year prior to this prestigious Dressage event, Tanja and Scott Hodges contacted Macy Clark with Macy Clark Eventing in Eads, Tenn. to see if she could ride and continue to develop Hilde fan Seldsum SPORT for them, known affectionately as “Tamina.” Unbeknownst to them, this step would initiate an incredible year for all involved, filled with unforgettable experiences and successes in the Dressage arena. “I had just moved to the area and was happy to meet their newly imported Friesian Dressage mare, located at their beautiful property called Pond View Farm just outside Collierville, Tenn.,” explains Clark.

The Hodges family initially fell in love with the Friesian breed several years ago when Scott Hodges acquired his first Friesian gelding, “Rocco,” a retired Dressage Schoolmaster who was a perfect example of the good nature and sweet character of this breed. After Tanja Hodges’ Quarter Horse Dressage mare aged out of the sport and was retired from competition to their farm, they finally found the perfect Friesian mare just in time for Tanja’s birthday in the fall of 2021.  They looked for the perfect fit for almost two years prior to their purchase but found it to be a very difficult undertaking, complicated by the pandemic- especially since they were lacking the necessary connections in the Friesian community. Another issue they encountered in their search was that they were looking for a seasoned Friesian mare: 16 hands or taller with an existing Dressage performance record, which proved to be a tall order.  After continuing to come up empty handed in the horse market they partnered with Janna Weir of Black Sterling Friesians in California in the fall of 2021 to help find their perfect Friesian partner.

Janna specializes in matching riders with their dream Friesians and has a reputation of successfully doing so that spans several decades. Tamina, who holds the coveted Sport Predicate in Dressage from the Netherlands (Z1 level/Third level overseas with several winning points), was deemed a perfect match after a close evaluation. With assistance from Janna, the mare made the journey safely to North America from the Netherlands in September 2021 to continue her competitive Dressage career as part of the Hodges family.

Macy Clark thinks fondly of the first time she met Tamina at Pond View Farm and their first ride together. “She is truly a lovely mare; I remember my first ride on her was very pleasant, but also very different from anything I had experienced before under saddle. I knew immediately that I was eager to ride her again and figure her out! Getting proper and continued training was going to be instrumental in learning how to get the most out of Tamina competitively so we asked Heather Kennedy, based out of North Grove Equestrian Park in Oxford, Miss. to join the team as a Coach. This was an excellent decision because Heather not only has experience herself with the Friesian breed in the Dressage arena, but also earned her USDF Gold Medal in recent years. The resulting combination of knowledge and great teaching benefitted us greatly as we slowly acclimated Tamina to her new home and riding schedule.”

Once the Hodges family hired Macy as a rider/trainer the focus shifted to designing a consistent program for the mare who had been an accomplished athlete in the Netherlands prior to her journey to North America. When asked about this routine Macy continues:  “As part of our riding program I also took virtual lessons with Heather whenever possible since she is not local to our immediate area and as we progressed, she would either travel to Collierville to teach us onsite at Pond View Farm or at Windyrein Farm in Eads, where my training business is based out of while also accompanying us to horse shows. The combination of regularly scheduled progressive training sessions, great horse care from owners Tanja and Scott, combined with a very experienced, rideable horse yielded great results at our first couple of horse shows.

Our US debut with Tamina was at the Springtime I and II show which is a two-day recognized show series hosted by the Mid-South Dressage Academy in Hernando, Miss. We opted to enter her at Training Level in the Open division, allowing us to bring her up the levels correctly, and in doing so we scored a 72% and a 74% with ease, earning us qualifying scores for Region 3  Championships, while also earning us the Friesian High Point Award at our very first recognized event. We were very happy with such a successful first outing which encouraged “Team Tamina’’ to keep going to competitions. During the summer, we set our sights on attending the Ole South Dressage show series in Murfreesboro, Tenn. Our goal was to get a qualifying score for USDF Region 3 Championships at First Level in the Open division as well, having qualified at Training Level already. Again, Tamina rose to the occasion by not only winning both classes with a 70.0% and 70.4 %, she was also High Point Champion on both days of the Ole South show in the Open division. Our successes with her just kept coming and she was getting better with each show!”

After the positive experiences at both shows “Team Tamina“ decided to head to GAIG/Region 3 Championships in Conyers at the Georgia Horse Park in early October. During the competition Tamina earned Reserve Champion at Training Level Open with 71.293%, thus qualifying her and Macy for the 2022 US Dressage Finals in Lexington, Kentucky in early November. As an added bonus she also secured a Top 10 placing in the highly competitive First Level Open Championships with a score of 67.708 %. Both results were achieved with the help and expert coaching from Heather Kennedy who traveled to Region 3 Championships to assist onsite during the competition. Macy remembers her success at Regionals: “Once again, Tamina blew all our expectations out of the water by inspiring us to keep moving forward and prepare for US Dressage Finals!”

The entire team was beaming with excitement as they prepared to head to Kentucky in early November 2022, as this would be the very first time the rider, horse, groom, and owners experienced the US Dressage Finals. Sadly, Coach Heather Kennedy was unable to make the trip due to unforeseen personal circumstances. Macy had ridden with Brian Hafner of Brian Hafner Dressage previously during a stay in Ocala, Fl. and reached out to him to see if he could coach her in Heather Kennedy’s absence. “I thought he would be a great match because he is very experienced himself with a vast Dressage background involving horses of all types at Regional and National Championships. We were delighted when he accepted our request for coaching us at US Dressage Finals on such short notice since he had already signed up to compete there himself, along with several of his students who had also qualified for the event. Brian was brilliant and a huge help to us; he gave us the confidence to go in the big, scary and rainy ring with 3 judges to show them what we had!”

Tamina and Macy placed in the Top 5 at their first US Dressage Finals with a 4th place finish overall in the Training Level Open Championship class earning a score of 70.517 %. In addition to this success, the pair also won the FHANA (Friesian Horse Association of North America) High Point Open Award at US Dressage Finals – another outstanding achievement for the pair to set themselves apart during their first year of Dressage competitions together.

Macy sums up her first experience at US Dressage Finals: “Riding into the Alltech arena on Tamina for the prestigious Awards Ceremony and experiencing the applause and cheers from the crowd was a surreal feeling! I feel so lucky to be given the opportunity to ride, learn, and grow with Tamina. Tanja and Scott Hodges have been the most helpful, supportive, and enthusiastic owners. Their attention to detail in her care, show preparation and schedule planning has truly set the whole team up for success time and time again.”

“Team Tamina” is looking forward to taking Tamina to Ocala, Fl. this winter so they can continue to work with Brian Hafner at his facility. The goal is to further develop Tamina’s Dressage talent so the team can continue to shine during the 2023 show season. Tanja Hodges remarks, “this mare is so special to all of us and we all feel so blessed to have had the outstanding competition year we did with her. Cheers to a very successful 2022 and a world of opportunity in 2023!”

Henson Avenue is the Road to Success 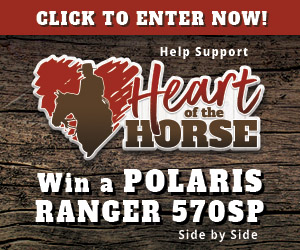